Finding the Right Wine and Beverages for Your Parties

When people are first exploring wines, they aren't always sure what the unique lingo always means, but they know what they like and what they don't like. Sometimes people find one they like right away, such as the easily available and palatable white zinfandel, or "the pink stuff." White zinfandel and rosé wines are often good beginner wines because they are slightly sweet. When you're ready to take it to the next level, a Sauterne is the next logical choice. Here is what you need to know about this delightful white wine.

Where Is Sauterne Made?

Sauternes are French wines. They come from the Bordeaux region of France, which is most notably known for producing fabulous red wines. There are many appellations in Bordeaux. Appellations refer to the wine producing areas within the Bordeaux region. These areas are certified by the French government and apply to not only wine produced within a region but things like cheeses and butter, too. So, when you are at the wine shop or liquor store looking for a bottle of Sauternes, you may see appellation names such as "Cadillac," "Loupiac," "Barsac," or "Sauternes" under the château, or vintner's name, and the vintage year.

When Are Sauternes Ready To Drink?

While most white wines are not suitable for drinking beyond a few years, the high sugar content in Sauternes mean they can be aged like red wines are. Depending on the vintage, they can be aged for anywhere from 5-20 years or more. They certainly don't require aging, however, before they are ready for drinking.

What Kinds Of Grapes Are Used For Sauternes?

The three most popular grapes used are Sémillon, Sauvignon Blanc, and Muscadelle. Each château chooses which grapes and blends they feel work best to create the finished product they want.

In addition to being sweet, Sauternes often have underlying flavors such as apricot, honey, butterscotch, caramel, orange marmalade, ginger, mango, and honeysuckle flowers.

What Foods Do Sauternes Pair Well With?

While it is a white wine, a Sauternes will not go well with fish because of its sweetness. Many times, Sauternes are simply enjoyed on their own as an after-dinner dessert substitution. Soft cheeses that are mellow, such as brie, go great with Sauternes, as do more robust cheeses, such as Roquefort bleu cheese. Savory snacks like terrines and liver pâté also pair great with Sauternes. Non-chocolate desserts, particularly cheesecake, as well as fruit desserts or even just fresh fruits are also spectacular when served with a Sauterne wine. 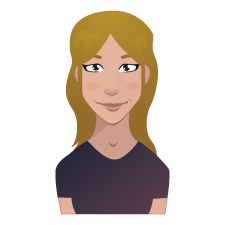 I love to host dinner parties with family and friends, especially during the holidays. I always wanted to serve fine wines and other beverages to my guests. Unfortunately, I couldn't come up with the right drinks to go with my meals. I honestly didn't know the difference between sparkling white wine and Champagne. I finally found the help I needed online and would love to share what I learned with you. My blog offers good advice and information on how to create the perfect parties with wine and other alcoholic beverages. You even learn how to cook with wine. If you're ready to take your parties to the next level, keep reading. Good luck and happy hosting.